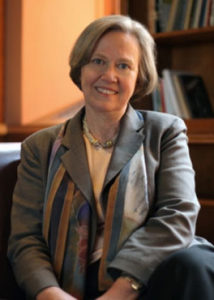 Shirley M. Tilghman is President Emerita and Professor of Molecular Biology and Public Affairs at Princeton University.  An exceptional teacher, and a world-renowned scholar and leader in the field of molecular biology, she served on Princeton’s faculty for 15 years before being named president.  She is renowned for her pioneering research in molecular genetics and national leadership on behalf of women in science as well as for promoting efforts to make the early careers of young scientists as meaningful and productive as possible.  Dr. Tilghman is a member of the American Philosophical Society, the National Academy of Sciences, the Institute of Medicine, and the Royal Society of London, the International Mammalian Genome Society.  She is an Honorary Member of the Institute of Electrical and Electronics Engineers. She serves as a Trustee of the Carnegie Endowment for International Peace, the Leadership Enterprise for a Diverse America, and the King Abdullah University of Science and Technology, and as a director of Google Inc.  Dr. Tilghman has received 19 honorary degrees, including most recently an Honorary Doctor of Laws from Princeton University and an Honorary Doctor of Science from the University of Maryland Baltimore County.  Her many other honors and awards include the Journal of Science’s Person of the Year, Science Careers and the Order of Canada in 2014.