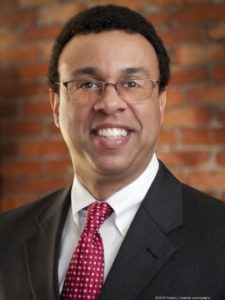 Wendell Pritchett was appointed the 30th Provost of the University of Pennsylvania in July 2017.  He is also the Presidential Professor Law and Education and served at Interim Dean of the University of Pennsylvania’s Law School from 2014-15.  Previously Provost Pritchett served as Chancellor of Rutgers-Camden which experienced immense growth and improvement under his leadership.  Provost Pritchett earned his JD from Yale Law School, has been a member of the Pennsylvania Bar since 1991.  His practice focused on real estate and housing law and included representing nonprofit organizations involved in the development of affordable housing.  “Which Urban Crisis? Regionalism, Race and Urban Policy,” written by Provost Pritchett who earned a Ph.D. in history from the University of Pennsylvania, won the Urban History Association Best Article Award in 2008. A dedicated public servant, Provost Pritchett’s leadership roles have included service as Deputy Chief of Staff to Philadelphia’s Former Mayor, Michael Nutter, Chair and Vice Chair of the Redevelopment Authority of Philadelphia, was a member of the School Reform Commission, as Chair of the Board of Community Legal Services of Philadelphia, Campus Compact and Campus Unbound.